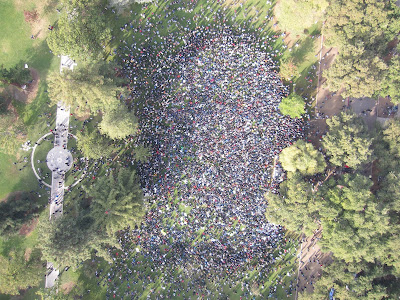 The UC Board of Regents, who not only represent but actually are this state’s richest one percent, has repeatedly shown itself to be utterly unfit to manage and represent the interests of the students, faculty, and workers who constitute the University of California.

Following two successive years of sharp tuition increases, accompanied by millions in department and resource cuts, layoffs, and furloughs, the board had the audacity to propose a new 81% fee increase and drastic budget reductions.

Undergraduate student fees have tripled over the past ten years, as we have seen an unprecedented explosion of student debt; and departmental budgets have shrunk, as academic and non-academic workers experience diminishing benefits, swelling workloads, and non-existent job security.

In the midst of the economic crisis, the Regents have intensified their pursuit of the project of privatization and de-funding that diminish the quality of education and quality of life for those across the UC, while consigning students’ futures to greater and greater sums of debt.

The Regents’ theft of an ostensibly public resource to fund “capital projects” such as construction projects and private research initiatives, demonstrate a clear conflict of interests that benefits a narrow administrative elite—both the Regents and their local appointees (chancellors and vice chancellors)—at the expense of the greater faculty, staff, and student body.

The familiar rhetoric of austerity demands our resigned compliance, as our learning and working conditions progressively deteriorate. We have seen recently and in years past that political dissent is met with increasingly violent displays of force and repression by University police.

The continued destruction of higher education in California, and the repressive forms of police violence that sustain it, cannot be viewed apart from larger economic and political systems that concentrate wealth and political power in the hands of the few.

Since the university has long served as one of the few means of social mobility and for the proliferation of knowledge critical to and outside of existing structures of power, the vital role it plays as one of the few truly public resources is beyond question.

The necessity of reclaiming the UC has never demanded such urgency, as it continues to shift towards the corporate model, pursues dubious fiscal partnerships (such as those with the defense department and international agribusiness), and engages in disturbing collusion with financial institutions like US Bank (which is one of the largest profiteers from student loans).

As such, I propose that in light of the upcoming Regents’ vote [concerning the possible 81% student fee hike] on Monday the 28th, (which will be occurring on four campuses simultaneously, one of which being UC Davis), that we call for a general strike this same day, with the aim of shutting down campuses across the state and preventing the Regents from holding their vote.

In response to the intolerable effects privatization and austerity and the horrific repression of student dissent that has occurred throughout the last month, the GA, as a governing body of all concerned UC Davis students, will prevent the Board of Regents from continuing its unbridled assault upon higher education in the state of California.

This will entail total campus participation in shutting down the operations of the university on the 28th, including teaching, working, learning, and transportation, as we will collectively divert our efforts to blocking their vote[s]. In doing so students, faculty and workers assert the power—and the will—to effectively represent and manage ourselves.
Posted by a at 6:30 PM