[Update 2, 11/27, 10:11pm: In the comments below, the person who originally posted the statement on their blog as having been written by Spivak notes that the whole thing was a misunderstanding. Spivak apparently had forwarded the statement in an email, but had not in fact written it. We apologize for the confusion. See the original post, which has been updated, here.]

[Update: As the title of this post mentions, this was not written by Reclaim UC but rather by the well-known postcolonial theorist Gayatri Spivak and posted here. Thanks to those commenters who have pointed out some errors in her observations. Most important is the fact that the person who accompanies Katehi as she leaves the building is not, in fact, the chief of police. Please keep this in mind as you read.] 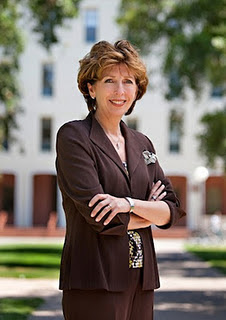 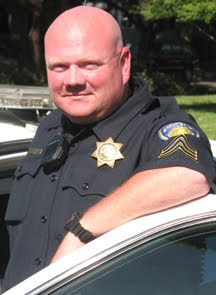 
It has now been covered in the NY Times, USA Today, Time Magazine, CBS, CNN, and across the entire mediasphere. The various UC Davis police assault videos have been watched hundreds of thousands of times. Various searches related to UC Davis and pepper spraying were the *top searches on Google* in the US today — think of what that means. By mid-afternoon, UC Davis had already backed down and the Chancellor had released a damage-controlling and mealy-mouthed promise to investigate. But it was too late.

By monday, millions will know about Lt. Pike and his chemical assault squad, and the $400K per year (plus free housing, travel, and vehicle) Chancellor who gave the order to cut the protesters down to the point that some were hospitalized, and including forcing open students’ mouths and spraying directly into them. I kid you not.

And something remarkable happened at Davis tonight. I’ve been watching the live streams and following the blogs since late this afternoon. It was a very important moment.

Chancellor Katehi was preparing to give a news conference to take another crack at spinning this story and controlling the growing, viral character it has acquired.

UC Davis students showed up in large numbers to this conference, and were kept out of the small building (Surge 2, for those who know the campus) for lack of press passes (ha ha). They surrounded the building and their numbers grew over several hours to over 1000 student protesters. Reports came that Chancellor Katehi was afraid to leave and go through the student protesters, or even that she was being kept from leaving, as if it were a hostage situation. Cops were *not* summoned, however — or at least they were kept back. UC Davis appears to have learned at least a tactical lesson already.

Through patient OWS style organizing, worked out over dozens of mic checks, they arranged to clear a wide path, determined that they would be silent and respectful when she came out, and sent word that they were not keeping her hostage in the building, just there to call for her resignation. Hours went by as the situation got more and more tense, but the students showed remarkable discipline and organization as their numbers kept growing. Finally, they negotiated with Chancellor Katehi’s people and she left the building to walk to her taxpayer-paid $70,000 Lexus SUV with one aide. The students maintained *absolute, total order and silence* — really, not a word — and stood aside, except for the couple of journalists asking her questions on the livestream feed. It was eerie and powerful and Chancellor Pepper Spray was clearly feeling the shame of a thousands of eyes on her around the nation (the livestreams were overloaded as they were joined by students across California and then the nation).

Only once she began to pull away did the crowd erupt into a roar: WHOSE UNIVERSITY? OUR UNIVERSITY! dozens of times as they marched off to consume the pizza ordered for them by people around the nation.

It was so powerful — and remember this all happened on a day when virtually no news (except Demi and Ashton’s divorce or the 30 year old Natalie Wood death investigation) gets reported on mainstream outlets. This *all* happened online, and drew a huge national audience in the process, enough so to force a major university into damage control freakout.

Last night’s video now has nearly 25,000 views. A better one has now been released of Katehi’s “Walk of Shame.” Turns out that was not just any “aide” — it was the UC Davis police chief (Spicuzzi) walking with her [Update: we've heard that the person accompanying Katehi was actually Kristin Stoneking, a minister who wrote a brief analysis of her role in the walk of shame here]. This new video shows the final mic check to get everyone to be silent and stand back before Katehi and Spicuzzi leave the building. If you are sending this story around, this video is better in that it shows how deliberate and well orchestrated the silence was: