On Birgeneau's Response to the Racist Bake Sale 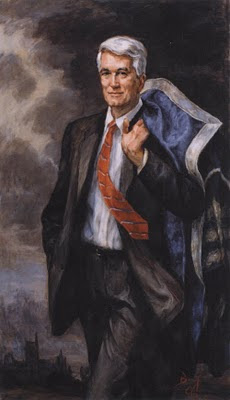 Facing a national controversy about the stupid racist bake sale, Chancellor Birgeneau swooped in yesterday in a desperate attempt to appease the campus community with a tepid mass email. The UC administration is afraid of bad publicity, but it's also terrified of the rage of students, workers, and faculty who, over the past two and a half years, have confronted strikingly and explicitly racist acts (e.g. nooses) with mass direct action that threatens the university's desire for control. The UC administration's responses to those racist actions were hollow and vapid at best -- calls for "tolerance," false equivalences with the Irvine 11, and so on. As David Theo Goldberg wrote at the time,


To say that the racist, sexist, anti-Semitic, and homophobic incidents at UCSD, at Davis and UCSC are cases of intolerance is to imply that that those engaged in these expressions are saying awful things to and about people they reject. To call for tolerance is to address only the awful things they are saying, not the underlying and implicit rejection. It addresses the symptom, not the underlying condition of which the individual utterances are merely the manifestation. We should not say such things, it implies, even about people we find or whose behavior or culture we find unacceptable.

Birgeneau's statement resembles these pathetic attempts. The problem with the bake sale, he asserts, is not its racist politics but rather the lack of civility with which it was proposed. Over at Student Activism, Angus Johnston offers the following critique:


And yesterday Berkeley’s chancellor sent out an open letter on the sale. The event, he said, was “hurtful or offensive to many” at Berkeley, though he didn’t say why. It was not the politics of the sale, he implied, that were problematic, but the form of their expression: “Regardless what policies or practices one advocates, careful consideration is needed on how to express those opinions.”

Absent from each of these formal statements was any explicit statement of what exactly was wrong with the Republicans’ sale. (ASUC indicated that actually selling treats to certain students at reduced prices might violate anti-discrimination regulations, but of course actually selling stuff was never the point of the event.)

I wrote yesterday about the hundreds of non-violent protesters who have been arrested at UC campuses in the last three years, and I’ll be writing more about those events as this week rolls on. Seen in that light, the failure of ASUC and Chancellor Birgeneau to do more than merely place themselves on the side of sensitivity and civility rings hollow.

As an act of political theater, the affirmative action bake sale is a pretty paltry one. It offers a weak and overplayed analogy to the admissions debate, rehashing claims that have been batted around for ages. What makes it provocative isn’t its form but its message: that affirmative action is an immoral act of discrimination.

That’s what the College Republicans of Berkeley believe, and that is the message they are attempting to convey with their sale. They believe that affirmative action is racist and sexist against against whites and men, and there’s no polite way to call someone a bigot.

Birgeneau wants to make the debate about the bake sale a debate about how polite the Berkeley community should be. But that’s not what it’s about, on either side. It’s about who should be allowed to enroll in the university, and on what terms.

This is a good point of departure, but it also seems important to emphasize the explicitly political context in which all of this is taking place as well as the history of racist but more importantly anti-racist action at the UC (and more generally throughout California and the country). The administration's key consideration, as always, is its ability to manage, that is, to channel all social tensions through the bureaucratic apparatus in order to neutralize their unpredictability and to continue to extract value from the users of the university without interruption.