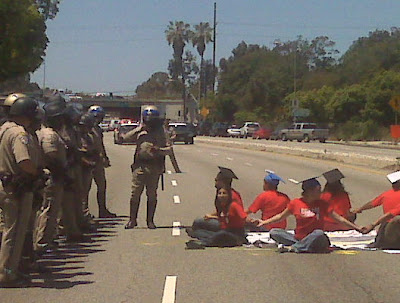 In 2001, the DREAM Act (Development, Relief and Education for Alien Minors) was first introduced in the U.S. Senate. This legislation sought to grant citizenship to current college students and militar y enlistees brought to the U.S. as dependent children. Numerous versions of the federal DREAM Act have been introduced but failed to win passage. On the state level, similar legislation has passed in states like California (AB 130) in 2011, while Georgia and Alabama moved to restrict access to institutions of higher education for undocumented students. Recent announcements by President Obama’s administration that “low priority” undocumented immigrants may not be targeted for deportation signals yet another chapter in this struggle.

In observance of Constitution Day, panelists will discuss the DREAM Act in the broader historical context and meaning of citizenship and the immigrant experience in the United States. They will also examine debates and activism surrounding the DREAM Act as illustrating the conflicting legal, political, and socioeconomic landscape of immigration reform.

This event is free and open to the public. All are welcome to participate.
Admission is free. Snacks and beverages will be provided.

For more information: fsm-info@library.berkeley.edu
Posted by TR at 10:50 AM