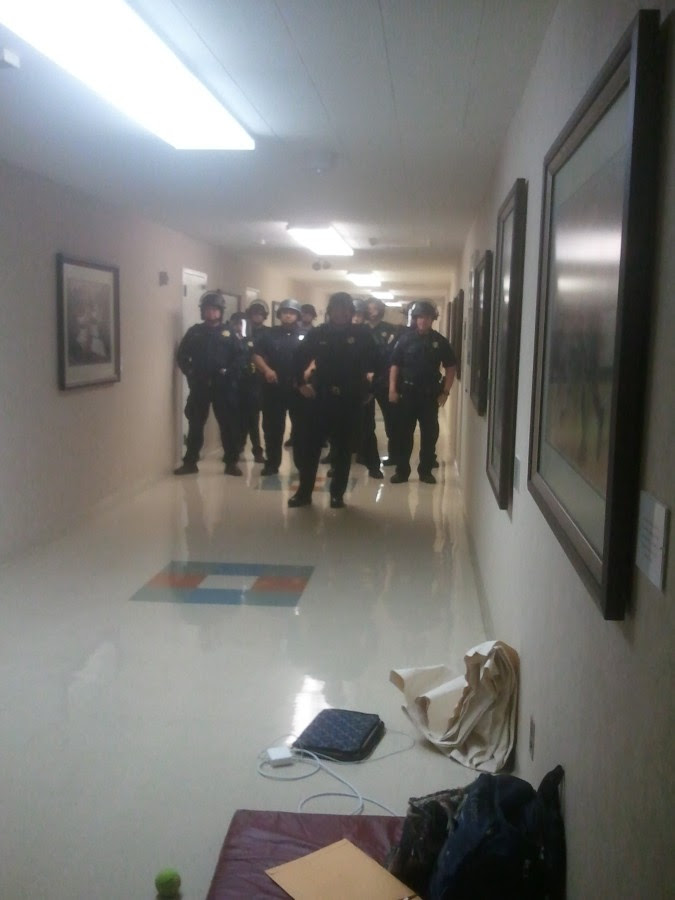 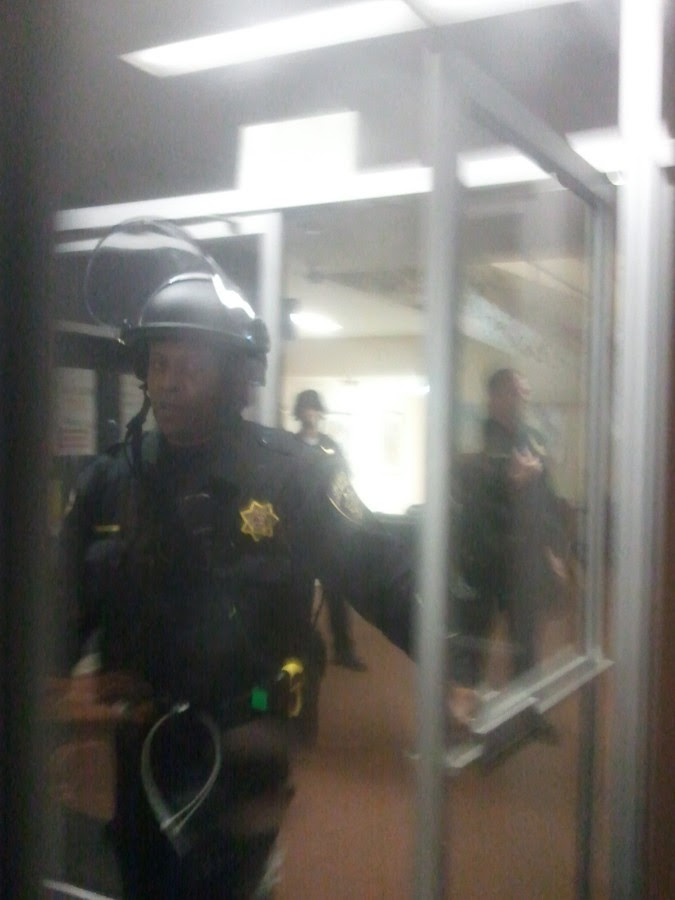 In the early hours of the morning, police from both the CSU and SFPD, dressed in full riot gear entered the administration at Sacramento State -- which was going into the fourth day of occupation by student protesters -- advanced on sleeping students in attack formation and from multiple directions, and ordered them to leave. Occupiers left voluntarily, with no arrests. Here's part of their statement of the eviction:


This morning on the fourth day, April 16 at 3:24 A.M. we were met with the administration’s opposition expressed through a riot taskforce.

Earlier that morning at approximately 12:30 A.M CSUS police entered the building for the first time accompanied with San Francisco State police. We were told that the new forces were needed, and that our own police were showing them the layout of our building. At this time we asked to be updated about the situation and we were refused that request.

Our police liaison Yeimi Lopez, again approached CSUS police with questions and she was told that they could no longer release information, and that they were following the orders given to them.

At 3:24 AM there was a police officer at the front doors unlocking the entrance, when asked what was happening and why, we were told that he could not answer that question. At the same time police were assembling in a militant formation with full riot gear, batons, and a large amount of zip ties. They were approaching sleeping students from multiple directions within the building. They threatened with force that if we did not leave we would face arrest. Our police liaison met with Lieutenant Christine Lofthouse that if we did not leave the peaceful demonstration that we would face arrest.

This is to be expected. In the end, these administrations don't care whether student action, especially direct action like occupation, is "peaceful" -- in any form it constitutes a threat to their ability to impose whatever measures they deem appropriate. At UC Berkeley, for example, we experienced something similar in December 2009 during Live Week, when riot police descended at 3 am on sleeping students and arrested 66 of them. We scare them. As our compañeros at Anti-Capital Projects wrote, 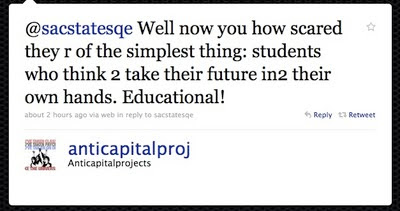 From this perspective, the bottom line is: fuck yeah Sac State! Solidarity with occupiers everywhere!