On the November 9 Stay-Away Orders: The University and its “Lawful Business” 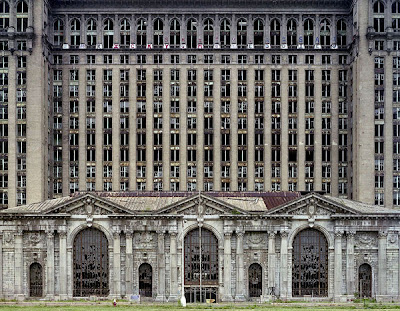 -written by three people among the thirteen charged

We are graduate students and teachers at UC Berkeley. Like thousands of other members of people here at Berkeley, we have participated in rallies and demonstrations and marches against the privatization of the University of California. In early March of this year, however, we each received letters from the Alameda County District Attorney informing us that criminal complaints had been filed against us. No details of the complaints were listed, only the date we were to appear at Wiley Manuel Courthouse.

When we called the DA to find out our charges, we learned they stemmed from November 9, 2011, the day riot officers assaulted hundreds of students, faculty members, and workers for setting up tents on the lawn in front of Sproul Hall at UC Berkeley. The planned encampment was to be established in solidarity with the growing Occupy movement. It aimed to raise awareness of the budget cuts at the UC. Internet videos of the brutal actions of police that day went viral, foreshadowing the international scandal UC Davis police would cause just a week later when they belligerently pepper-sprayed sitting students. In a now infamous turn of phrase, UC Berkeley Chancellor Robert Birgeneau defended the pummeling of the protestors at UC Berkeley by declaring their act of civil disobedience (linking arms) to be “not non-violent.”

That we were suddenly being charged for participating in the events of November 9 struck us as odd. Four months had passed. We had not been arrested on November 9, nor did we suspect that we were under investigation. The UC administration had even granted amnesty from student conduct charges for those who took part in the protest. We soon discovered that several friends (also students) were facing similar charges. Like us, most of them had also not been arrested that day. In total, 13 individuals have been charged, including a professor of English, who, when surrendering herself for arrest on November 9, was pulled to the ground by her hair by police. The various criminal complaints against us include resisting arrest, battery of an officer, obstructing a thoroughfare, and remaining at the scene of a riot.

How the DA decided that we should face charges is not fully clear—although it is evident that they are bringing charges on the basis of recommendations received from UCPD, despite Chancellor Birgeneau’s protestations to the contrary. As UCPD spokesperson Lt. Tejada recently said, “We make our case, and the district attorney reviews the evidence, and if they feel they have enough evidence they will move forward.” Furthermore recent reports suggest that even campus health services had a hand in the selection and identification of protestors. Hundreds of people were on hand the afternoon of November 9. Even more were present on Sproul Plaza when police returned in the evening to again attack students and confiscate their tents, bringing out a crowd of at least 2000. Nearly ten thousand supporters joined in a student strike at UC Berkeley a week later in response to the appalling actions of police. Why are only 13 out of these thousands being charged? Is it a coincidence that some of those targeted are highly visible organizers at UC Berkeley? Is the UC Berkeley administration outsourcing the criminalization of dissent to the Alameda County District Attorney, just as the UC Police Department outsourced the brutal repression of dissent on November 9 to the Alameda County Sheriff?

Of course we are not taken aback by the situation in which we find ourselves. For months now, the Alameda County District Attorney’s office has been vindictively harassing anyone they suspect of taking part in the Occupy movement. Most recently the DA has started slapping stay-away orders on almost any activist brought before the court with ties to Occupy Oakland. This attempt to smother dissent through judicial means is simply a less spectacular (and far less bloody) approach than the hard-fisted tactics employed by their law enforcement brethren.

Since we knew full well how the judicial system is being geared to criminalize and stifle dissent in Alameda County, we should not have been the least bit astonished when our judge—without the slightest hesitation—granted the DA’s request to issue us indefinite stay-away orders from the University of California. Nevertheless, the stay-away orders first issued on March 19 took us all by surprise. Had administrators of the University of California deemed us worthy of banishment from campus, they could have used their own established protocols and procedures to do so—something they have hardly been hesitant to use before.

When asked why the stay away orders were to be applied not just to the UC Berkeley campus, but to all property owned by the University of California, the DA responded that we are known to travel to other campuses to protest meetings of the UC Board of Regents. The light this response sheds on the political motivation of the stay away orders should not be missed. We are now disallowed from stepping foot on any campus in the UC system for the simple reason that we might take part in political activity on UC property. The timing of these stay away orders, it should be noted, is extremely convenient for the UC administration: a major meeting of the UC Regents is scheduled at UC San Francisco next week.

In issuing these stay away orders, the judge granted a narrow exception to all of us who are students, as well as a few other exceptions to particular individuals (i.e. for living in university housing, or for performing official union responsibilities). Those of us with classes and teaching duties (which includes 12 of the 13 being charged) are allowed to visit campus for “lawful business.” We can attend our courses and meet with our students as usual. While a reasonable exception to an unreasonable order, this further reveals how the stay-away orders have been constructed expressly to eliminate our political engagement on campus. The stay-away-order-plus-exception effectively distills our lives as students and workers from all other trivial or superficial aspects. We are reduced to mere academics, without political or social lives, whose sole purpose is to work and study and return home. We cannot attend a lecture on campus. Or meet with a friend for coffee. Or stop to talk with a former student. And we most certainly can’t attend any protest. The court is permitting us to contribute to business as usual at the university so long as we do not do anything outside of the strict delimitation of such business, as long we do not attempt to challenge it in any way. We are made into model students and workers, perfectly obedient, without the encumbrance of feelings and thoughts beyond our academic work on campus.

Potentially complicating this analysis is the additional exception that one of us received for the performance of union responsibilities.  When this individual’s lawyer initially spoke with the District Attorney, letting the DA know that his client was an elected steward in the UC union of academic workers, the DA responded by asking: “Union work is totally unrelated to occupy protests, right?”  If this question betrays a basic unfamiliarity with recent organizing on campus, it also reveals something about how union activity is generally understood at this historical moment.  Union activity is imagined here as a form of labor, performed by elected bureaucrats, who are recognized by management as the legitimate representatives for, and regulators of, a particular workforce.  Such work appears unrelated to, if not in fact antagonistic toward, the forms of non-hierarchical direct action practiced by the occupy movement.  When partitioned in this way from protest, union activity can evidently appear as part of the lawful business of a student instructor, whose life is thus distilled into acts of labor, some instructional and others bureaucratic.

Whatever the exceptions, we have little reason to trust that the campus police will interpret the stay-away orders in any predictable or consistent way. The actions of numerous John Pikes and Jared Kempers have taught us to never underestimate the lengths the UC police department is willing to go to punish campus protestors. We have little faith that the police will allow us to be on campus without also harassing us. This is, of course, their “lawful business.”
Posted by a at 4:50 PM