Operation Elimination coming soon to you this fall

by Juan, a rank-and-file member of CUE-Teamsters Local 2010

OE is austerity, layoffs, and a mechanism for the privatization of public education

Workers and students at UC Berkeley will be facing the next phase in austerity and privatization this Fall semester – Operational Excellence’s (OE) “Shared Services”. The university’s administration is setting the groundwork for much of its plan this summer and students and workers are yet again not being asked for their input on Shared Services’ most glaring proposal - to move hundreds of UCB campus staff to one remotely located building in San Pablo (miles from campus), a one-stop building that would handle IT, Human Resources and other student and staff services. Though this is being done in the guise of efficiency and saving money, if OE - or as some of us call it, Operation Elimination - is anything to show, this latest phase may lead to layoffs, reduced resources, greater workloads, more mismanagement, and a general transformation of the vibe of the campus for the workers and students.

For those who aren’t familiar with it, OE, which has been the target of previous demonstration on campus (i.e. hunger strikes, budget cuts protests, etc.) is, as our friends in ReclaimUC point out:


“basically an austerity program developed by the UC Berkeley administration in collaboration with an outside consulting firm called Bain & Company (which as of today is being paid more than $11 million for its efforts) to cut campus costs.” Even the the Daily Cal (the main UCB student newspaper) “has reported[1] that this model has been exported to other UC campuses, complete with their own ridiculously bureaucratic variations on the OE acronym like "Operational Effectiveness" (at UC Santa Barbara) and "Organizational Excellence" (at UC Davis). UCSF couldn't come up with another OE name, so they just adopted Berkeley's”[2].

OE is the program of privatization and austerity that the UC regents & administration have been implementing since the major budget “shortfall” of 2009 and it has deeply affected students and workers since its first stages. As has been pointed out by great reports by Bob Meister[3], other faculty[4], the unions and students, the UC has been in a mode of privatization and austerity since the budget shortfall of 2009 and this is an instance of the general offense against public education. I and others argue that this is happening in order to turn the UC school system into a private model that is friendly for the profit-making aspirations of the UC Regents & their allies in the 1% (i.e. corporations and the very rich).

These policies of privatization and austerity mean that students are affected by the raising of fees/tuition; their debts are increased, and services that make their student life easier are cut. Likewise, campus workers have been affected first through imposed layoffs, furloughs and pay cuts in 2009-2010, and now with Operational Excellence, which has resulted in at least 300 layoffs in Berkeley and attacks on workers’ pensions and healthcare benefits. In the meantime, we must point out the fact that the administration has been hiring more and more middle and senior management executives (since 2004, UC’s management has doubled?) and has been awarding generous bonuses to these layers ($1.6 billion in cash compensation in 2009 alone).


The effects of the last phase of OE

During its previous phase, in 2009-2010, OE cut a lot of essential personnel in key departments. For example, departments like ESPM were gutted of their student services people. For a long period of time after this, ESPM were having a hard time advising their people and instead students and ESPM department staff had to rely on other offices/staff due to real human limitations in handling the number of students, staff, and faculty.

Unfortunately, ESPM is not the only department being affected by OE and the austerity measures.  Most of the Humanities and Social Sciences departments are being disproportionately impacted by layoffs in staff and by staff and services restructuring.  This is especially hard for departments that are already under-funded like Ethnic Studies and Women and Gender studies. It is important to point out that the loss of staff in these programs has drastically affected their ability to advise and recruit students.


Shared services: the next phase of operation elimination

It is in this context that the UC administration is making its next move in OE, namely “Shared Services” (SS). Deans, managers and other top-level staff have been making presentations on SS and are selling it as the next phase in efficiency and cost-savings of the Bain group[5]. Staff members will transition into the building in phases — about 170 staff will begin working at the center in 2012, and 500 to 625 staff will eventually work there over the next 24 to 30 months[6].

Nevertheless, the building’s distance from the campus and the impact of reorganization have caused concern for staff members. This is because this next phase in OE could potentially impact the hundreds of staff besides the ones being moved to the campus SS center. Furthermore, even the centers’ savings expectations do not seem enough to justify the millions the administration is paying BAIN & the millions they’re spending to adapt the building and work-area to working conditions[7]. To add on to that, this new shared services building will hire a lot more people but it is projected that the staff will be reduced to 1/3 of its initial size due to attrition: in other words, retirement, and folks leaving due to overwork, unhappy work environment and so on.

In summary, SS will wreak havoc on the campus community. Faculty, students, and UC employees will all suffer.  Students will get less, pay more, and be told that in the name of "efficiency" this must happen.  In fact, while Bain Consultants will get their $11 million for proposing and implementing this corporate-style management, UC Berkeley will be left with poorly functioning administrative services in which turnover will be high, institutional memory at an all-time low, and communication extremely difficult. 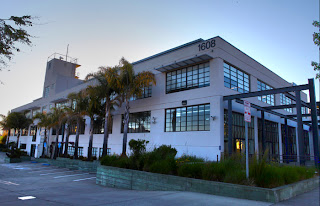 (1608 4th Street, the location of the proposed shared services building)


Students and labor must fight back!

This shared services business has got a lot of campus staff, faculty and students talking. For example, a shared services plan in Sproul has caused some commotion. They’re having 10 people who work in student services offices (Financial Aid, Registrar, Residency, etc.) apply for 9 positions in this shared service plan all in the name of efficiency. They are having the workers re-apply for their jobs and opening up applications to the hundreds in the campus. This staff include members of the clerical and allied services union CUE-Teamsters 2010.

Unfortunately, our union has not been part of the decision making of SS and CUEsters and other staff are not receiving the proper and correct information on what’s going on with SS. Staff has had to rely on minimal information and rumors - this has created anxiety and fear. Nevertheless, workers and students should put together more information on the effects of SS on students and staff and call these shared services reorganizations what they are - austerity methods to squeeze out the lower-tiers of staff.

We must join with others who will fight back against this huge step in the privatization of UC and the dismantling of it as a public and affordable institution. Students and labor must educate and organize their members to stop these austerity measures. For labor, this means that we must build bodies and spaces for rank-and-file workers that will promote democratic self-organization within the unions. Rank-and-file unionists must also put pressure on their union leadership to not be silent on OE and SS and to enact a consistent and uncompromising plan to fight back against the layoffs, cuts, and plans of privatization.

In the meantime, there will be a UC Regents meeting July 17-19 and this would be a good opportunity for students and labor to demonstrate against OE, SS, and the 6% proposed fee hike.

Staff jobs and working conditions are students’ living and learning conditions!
No fee hikes, no increased workload, no layoffs! Free Public Education for all!