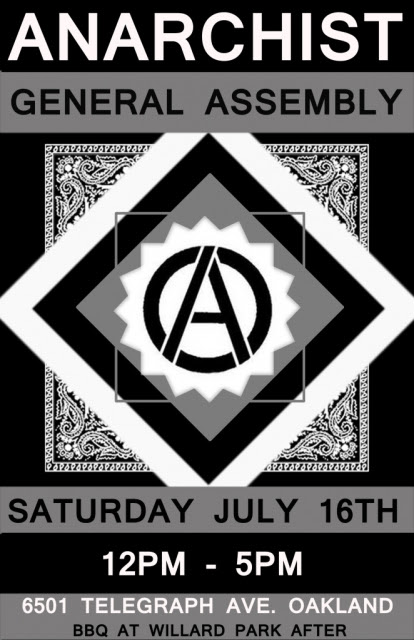 The first in an experimental series of regional anarchist general assemblies will be held in Oakland on July 16th, 2011.

The purpose of this assembly is to strengthen ties within the Bay Area's anarchist community by providing a regularly occurring event to share projects we’re working on, discuss the topics we are organizing around, promote collaboration and solidarity between different groups, spark new initiatives and build our collective capacity as a social antagonist force. The assembly will not be a decision-making body; it will not create platforms or manifestos.

More detailed information about the various sessions and breakout groups is available in the official announcement at Indybay. It's also worth listening to the following interview that aired on a recent broadcast of the show Relatos Zapatistas. You can listen to it here: