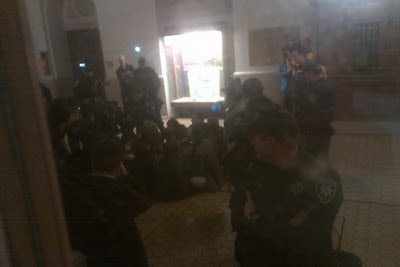 The fallout: 17 students were arrested at last night at the Wheeler Hall sit-in. They were taken to Berkeley City Jail, probably to be cited and released. No update yet as of Thursday morning though, will post as soon as we hear something. 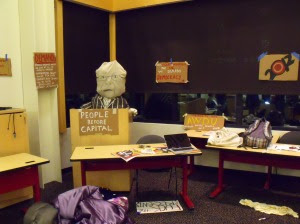 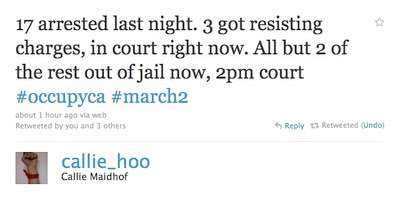