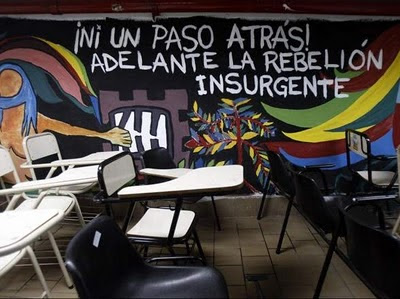 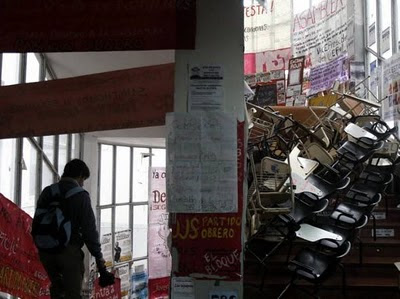 As of today, occupations in Buenos Aires have spread to 28 high schools, four faculties of the University of Buenos Aires, three institutos terciarios (sort of like community colleges), and three campuses of the National University Institute of Art. Protests are planned for September 16, the 34th anniversary of "La Noche de los Lápices" (Night of the Pencils), when the military dictatorship kidnapped ten high school students, locked them away in illegal detention centers, and tortured them. Six of the students were disappeared; only four survived. The anniversary is traditionally marked by protest actions, and as students are currently mobilized a massive day of action is expected.

Update (Thursday 8:53 pm): Thousands of students and teachers participated in a massive march in Buenos Aires tonight. Chanting "Macri, basura, vos sos la dictadura" (Macri, trash, you're the dictatorship!), they burned effigies of the head of the city government. Some videos of the march are here. 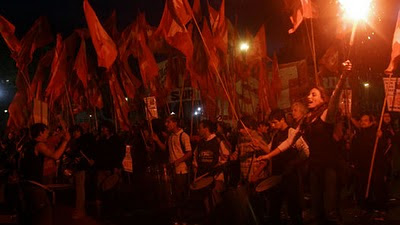