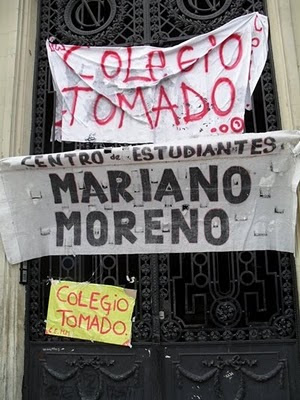 High school students have occupied more than 20 high schools in the city of Buenos Aires, demanding among other things much needed structural improvements to the school buildings (see video) as well as financial aid to students with economic need. The occupations began almost a month ago, and have paralyzed the city's school system, as many teachers seem to have come out in support of the students as well. 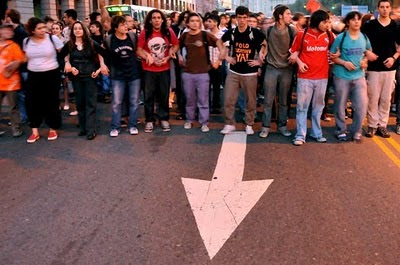 On Monday, students marched to the Ministry of Education, where the minister received them and presented them with a plan to address their infrastructural demands. But the plan was rejected because many schools were offered insufficient funding, while others were entirely left out.

Many students blame the head of the city government, Mauricio Macri of the conservative PRO party, for his privatization agenda.

For more information (in Spanish), see Indymedia Argentina and the Buenos Aires daily Clarín.
Posted by d at 11:26 PM