Home of the Free Speech Movement 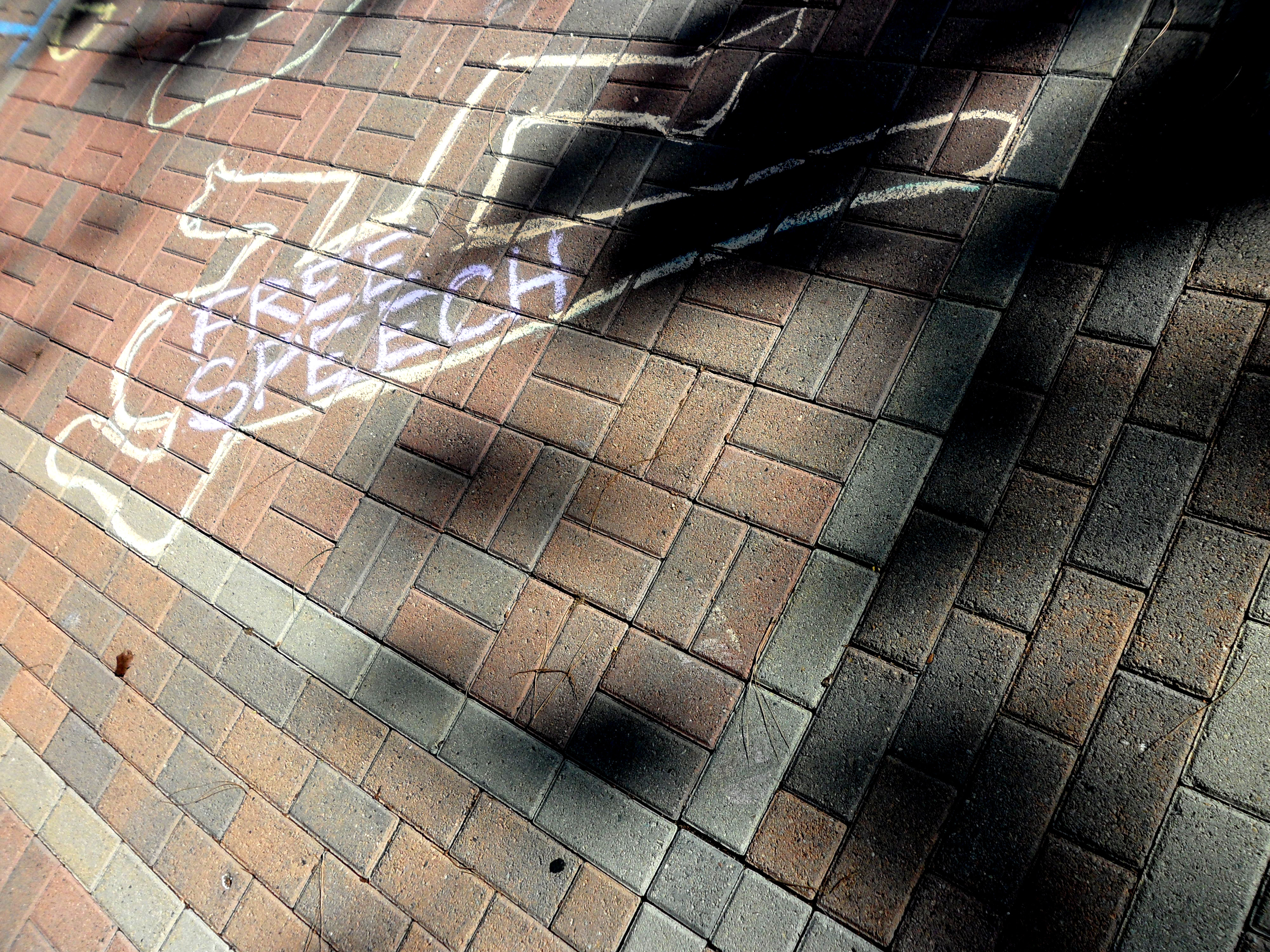 
The plot thickens, coagulating into a repulsive glop.  Roughly an hour after we reported that a UC Berkeley undergrad was threatened with conduct sanctions by the Office of Student Conduct (OSC), we learned of 4 additional students and alumni -- all of whom were undergraduates during the period of the alleged violations -- who received similar charges.  Three of them received notices of possible violation seemingly identical to the one posted in our initial report. However, a fourth student -- a longtime contributor to this blog -- was threatened with charges not only for his alleged involvement in the chalking on November 19 (for which he too received an identical notice of possible violation), but also for his alleged activities at the Regents’ meeting on November 17. Because this author was present for our contributor’s arrest, I can attest to the fact that the arrestee violated no law. In fact, on the very evening of the 17th, CBS aired a video of our comrade being arrested. It clearly showed a line of students and workers linking arms in an attempt to prevent the Regents from leaving the parking deck. Our comrade was not one of these demonstrators. Instead, he walked up and down the line writing the phone number for the SF National Lawyers’ Guild on the forearms of the demonstrators with a permanent marker. In the CBS clip, a cop can be clearly seen pointing out our comrade to two other cops, at which point they walk up to him, violently throw him to the ground, beat him, and cuff him face down on the cement. At this point they hauled him off to a holding cell near the Civic Center. When he appeared for his arraignment a few weeks ago, no charges were filed. Obviously. He didn’t do a thing, and it’s all on video! We will provide the video clip at a later date, but he has asked us to protect his anonymity for the time being. However, we have obtained his notice of possible violation, which includes the following two charges:


102.13. Obstruction or disruption of teaching, research, administration, disciplinary procedures, or other University activities.

What a joke. According to the OSC’s own code of conduct -- explicitly referenced in this notice -- cases must be resolved within 75 days of the alleged incident. The fact that 5 of our comrades are receiving initial notices of possible violations 72 days afterward means that they will not even receive their notices of actual charges until well past the 75-day deadline. Of course, we all know that OSC unilaterally suspended their own timeline in a secret email from Associate Dean of Students Cristina Gonzalez to OSC Acting Director Susan Trageser in August of 2009. We have long had a copy of that email, and it explicitly suspends the timeline (which is beyond the scope of Dean Gonzalez’ authority by the way, not that it seems to matter) for a single academic year. That year has long been over. Unless there is another secret email in which an administrator declares a state of exception about which we have not yet heard, these bureaucrats are one-upping even the sovereign: refusing to declare a state of exception, they have decided to simply will it into existence. In other words, we do not need to be informed that the law has been suspended, nor do we even need documentation any longer; the suspension of the law itself no longer needs to remain within the formal bounds of legality!

We’ve said it before, and we’ll say it again:


Drop all charges against student protesters!

And seriously, if the only reason our comrade received a notice of possible violation for his alleged actions at the Regents’ meeting is because he was arrested; if that arrest appears in a widely available video in which it is quite clearly wrongful; and if no charges were actually filed against him, signaling that the SF DA is cognizant of this fact, on what basis is he being charged by OSC? More to the point, if OSC threatens students on the basis of formal legal sanctions that they receive on or off campus, why does OSC exist at all?


Update: We have just learned that at least one UCSC student has been charged by OSC on he/r campus for an arrest at the Regents’ meeting. More details when we get them.

For a detailed account of the operations of Office of Student Conduct, see "On Administrative Conduct: Procedural Violations and the Rule of the Arbitrary" published in the most recent issue of Reclamations.
Posted by d at 6:51 PM